The Novotel Hotel, Pune a 9-story property that will be home to 223 guestrooms in city’s Viman Nagar area, has appointed Mr. Nitin Pathak as the general manager. 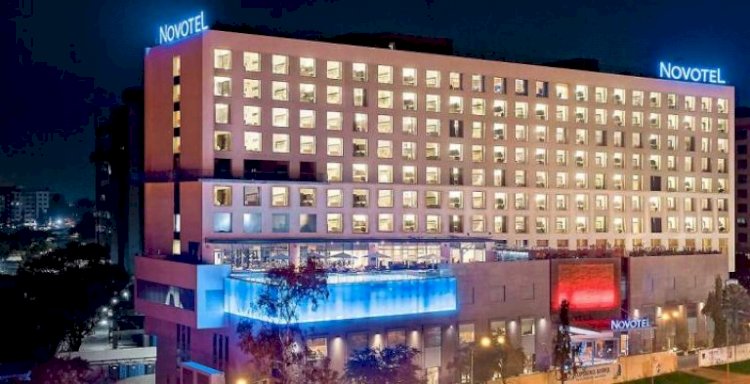 The Novotel Hotel, Pune a 9-story property that will be home to 223 guestrooms in city’s Viman Nagar area, has appointed Mr. Nitin Pathak as the general manager. Nitin brings almost 18 years of hospitality experience to Novotel’s inner circle. In his new role Pathak will be intimately involved in overseeing all aspects of the Hotel, from making a lasting impact and achieving even higher levels of hospitality, delivering the guests the completeexperience that Accor hotel’s worldwide is known for, hotel programming and marketing efforts for the Upscale Business hotel that Novotel Pune already is. His vision for Novotel Pune is primarily based on three pillars, to gain fair share of the market while focusing on ADR, to provide a wholesome guest experience and also to empower the employees tremendously towards guest delight. In his previous roles, most recent was his stint with Ibis Gurgaon where he served as the General Manager for 2 years where he successfully launched a newF&B concept as a pilot project for all Ibis hotels in India with an outsourced agency - Studio Gourmet. Prior to Accor hotels, Nitin was associatedwith Citrus hotels Pvt. Ltd as Regional General Manager – South Central. Nitin started his career with Taj Group of Hotels in multiple locations and varied capacities. He is a Post graduate with an Executive Masters in Business Administration from SP Jain Institute of Management & Research Mumbai&an IHM Ahmedabad Alumnus.

Nitin is known to be a strategic manager, with an astute business sense, an entrepreneur to the core, with a knack of people management whilst delivering highest standards of service for all stake holders, internal as well as external. In his free time he enjoys spending time with his family and playing cricket, he has played in the under 19 team till state level.