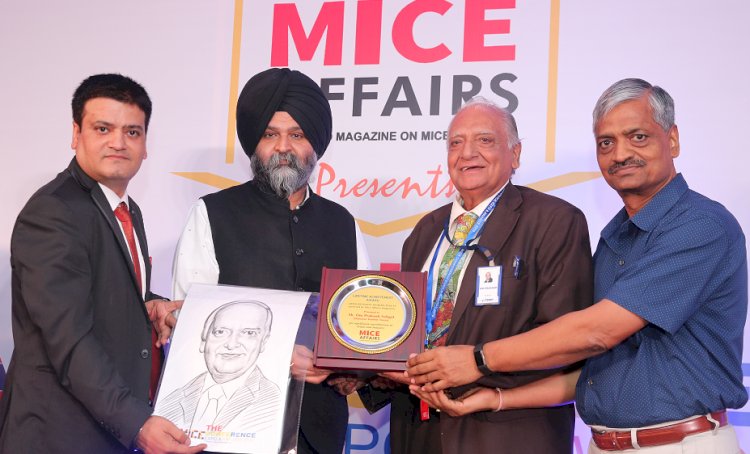 On 19th July 2019, Mr. Om Prakash – Director of InORBIT Tours Pvt. Ltd., & ex- Chairman of Travel Agents Association of India (WR) was awarded with prestigious “LIFETIME ACHIEVEMENT AWARD” by MICE AFFAIRS International Conference & Awards. He is the pioneer in India to start visits to International Exhibitions all over the world since 1979.

Mr. Om Prakash, was awarded Indo German Awards 3 times for his contribution in the development of Indo German Economic Relations.  He was also the recipient of Awards from China, Thailand, India and USA.  During his journey of over 4 decades, he was interviewed on German television. BBC London, Voice of America and Doordarshan in India.  He received many Awards in India by Tourism Ministries and Indian media.  He was also the Chairman of Travel Agents Association of India (WR).

Since INORBIT’s inception, it has serviced more than 750 MICE groups to almost 70 countries with over 60000 MICE delegates.

Maldives will re-open for international tourists on 15th...