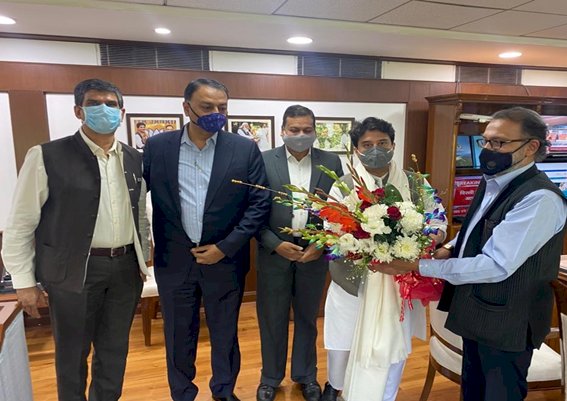 Speaking after the meeting Mr. Prakash shared his views on the interaction “It was a very satisfying meeting. We found the dynamic Minister very receptive to our concerns. He has a complete grasp of the business and genuinely sympathised with travel agents and tour operators on the losses suffered over the last 20 odd months. He has taken note of some critical issues and has assured us that he will get back to us shortly. He advised us that he is fully seized of the difficulty faced by agents and travellers alike on account of the suspension of regular scheduled flights and stated the government is closely monitoring the pandemic and will resume normal flights as soon as it is prudent. He directed us to take up some of our issues with the Tourism Ministry and assured us of his support once those matters were flagged to him by the Department of Tourism. Meeting him was a breath of fresh air and we are extremely optimistic,” said Prakash.

The TAFI delegation next met Shri Arvind Singh, Tourism Secretary and also called upon Ms. Rupinder Brar, Addl. DG. Mr. Arvind Singh said that some of the issues raised by TAFI were already on the radar and had been discussed with the finance minister. He also assured the Department’s support for the next TAFI Convention which, in a break from past practice, is to be held within the country.