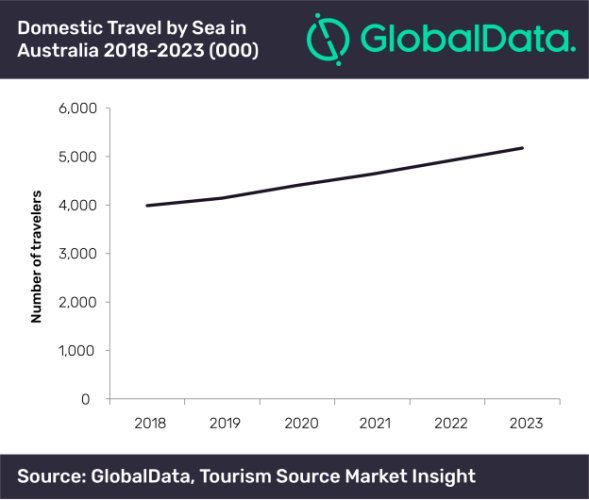 GlobalData’s latest report, ‘Tourism Source Market Insight – Australia’, reveals that  although land dominates as a form of transport significantly, the total domestic trips by sea are set to grow at a compound annual growth rate (CAGR) of 5.36% from 3.9 million in 2018 to 5.1 million by 2023, holding the highest growth rate among all other transport means.

Johanna Bonhill-Smith, Travel and Tourism Analyst at GlobalData, says, “High costs and less stress are driving more Australian travelers to opt for short breaks along the ocean rather than venturing in-land for domestic travel trips.”

Queensland,Melbourne and Brisbane are currently planning port developments and construction to further aid the inbound and outbound cruise industry. With Australia holding the largest cruise industry event ‘Cruise 360’ out of the Asia-Pacific for the seventh time running in 2020, the destinations status is being promoted as a key international cruise destination.

With the main drivers behind Australian’s purchasing decisions featuring affordability and accessibility following the global travel trends, the option of a short cruise break offers domestic travelers a chance to relax. With a highly urban population, domestic travel is becoming more centered on areas with natural environments.

“Retail remains a key past time for Australian travelers dominating both domestic and outbound expenditure patterns. However, more rural destinations along Western and Southern Australia are growing in popularity. This has also contributed to the rise in domestic sea travel as Australians aspire for a more relaxed and tranquil environment”, Bonhill-Smith concluded.