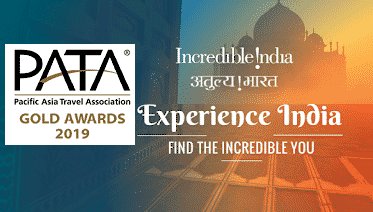 “Find the Incredible You” Campaign focuses on the promotion of niche tourism products of the Country on digital and social media. It focuses on transformative experiences brought alive through unique storytelling in the format of autobiographies of travellers, with the tagline ‘Find the Incredible you’.  The Campaign was the winner of the Pacific Asia Travel Association (PATA) Gold Award 2019.

PATA awards this year attracted 197 entries from 78 Organizations and individuals worldwide.  The winners were selected by an independent judging Committee.  The PATA grand awards are presented to outstanding entries in four principal categories: Marketing; Education and Training; Environment and Heritage and Culture. India won the award in 'Marketing – Primary Government Destination' category.

The Ministry has launched the ‘Incredible India 2.0’ campaign in the Country in September 2017, which marks a shift from generic promotions undertaken across the world to market-specific promotional plans and content creation.  The campaign focuses on digital and social media and the promotion of Niche tourism products, including yoga, wellness, luxury, cuisine, wildlife etc.

As part of the 2.0 Campaign, 5 new television commercials were produced by Tourism Ministry, which was aired on the television and social media globally. These were:

All Centrally protected monuments of ASIto open from 6th...