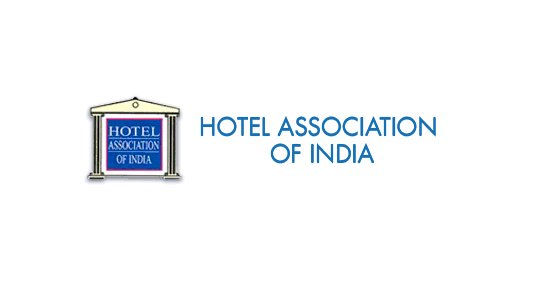 Hotel Association of India (HAI), the apex body of the hotel industry in India and an integrated hospitality industry platform has expressed steadfast support to the Union Territory of Jammu & Kashmir for the revival of tourism. Speaking at the recently concluded India Global Week, Mr KB Kachru, Vice President, Hotel Association of India and Chairman Emeritus and Principal Advisor South Asia, Radisson Hotel Group called on investors to consider J&K  for their new ventures citing quick developments and assuring good returns based on promising infrastructure and tools in the Union Territory.

The India Global Week 2020 was recently inaugurated by Prime Minister Narendra Modi and witnessed the presence of several luminaries from across the country and the world coming together to discuss the India Revival Strategy.

Focusing on Tourism in these unsettling and unpredictable times, Hotel Association of India Vice President Mr KB Kachru said, “Tourism is a real springboard for giving a major thrust to the overall economy particularly in J&K. There is a need to think of some quick wins for survival & revival. Fact remains that J&K and Tourism are inseparable. It has established & known multiple destinations for leisure, adventure & religious places. Hospitality is in Kashmiri blood; Kashmir has the capability of becoming a challenge to established world known destinations in the world. As Prime Minister Modi said in his inaugural address, we need to kill the existing anxiety and use this adversity as an opportunity.”

J&K is one of the few easily accessible destinations in the country with over 1 lakh families involved in Travel & Hospitality servicing the needs of the industry. India’s tourism accounts for over 9% of the 3-trillion economy, providing over 100 million jobs. Fact remains that more people are impacted by economic losses that Covid itself. As an industry, HAI is of the firm belief that everything possible must be done in order to help the sector survive. It is only then, that revival will be possible.

The J&K government has taken some exceptional measures in this direction. It is one of the very few states which has opened its gates for people and set up rules and regulations to ensure the health and safety of the people. HAI believes there is a need for the government to consider the condition of stakeholders of the state. India has over 1.85 billion domestic tourism travelers and 26 million people flying out of the country for leisure. “Even if we aim at a 5% of that population, we can see what potential J&K has to establish itself as a destination”, Mr Kachru added.

HAI member hotels such as Radisson Group, Taj Hotels, ITC, The LaLiT, Lemon Tree et al have already moved into Jammu & Kashmir and committed themselves to the growth of the sector in the region. In addition, HAI is also seeing a good amount of international companies wanting to enter J&K despite all the challenges. This, HAI believes, is a great sign to ensure the sector flourishes with due support from the local administration.

Calling for support from the Central and State Government, Mr Kachru said, “Given that investment-friendly policies are being set, key players need to have a steady hand on the wheel. Infrastructure development is the need. We need to identify new destinations and create easy accessibility. Moreover, the Government needs to continue to listen and handhold stakeholders at this time of crisis starting with those operating businesses, hotels, houseboats, and transporters. The government must take care of the workforce. In the long run, policy reforms will be needed.”

In India 22500 crores NPA is expected if no action is taken for the restructuring of loans. J&K is part of this major concern. There is a need to treat Tourism as critical Infrastructure to the growth of the country, that’s when it will start attracting more investment.

Mr Kachru, on behalf the Hotel Association of India made some sharp suggestions to attract investments and for the revival of the sector including:

· Declare Tourism as an industry and accord all infrastructure benefits

Jalesh Cruises will start its sail from 6th November 2020