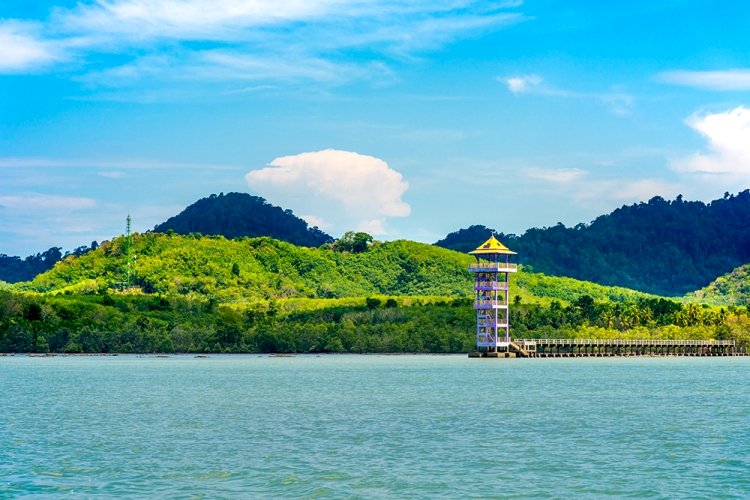 The Hat Chao Mai National Park – Mu Ko Libong Non- Hunting Area announced as a remarkable, International Ramsar Site in 2002, these protected areas consist of limestone forests, beach forests and mangrove forests. As well, it has a coastal seagrass ecosystem. Hat Chao Mai National Park is located in the Andaman Sea in Sikao and Kantang districts, Trang province. It consists of sea pines, mangroves, seagrass, isles, and a white sandy beach stretching along the coast for more than 20 kilometers. Mu Ko Libong Non- Hunting Area is not only a significant habitat for the Dugong but also one of the best places for bird lovers who want to spot a variety of shorebirds in the South of Thailand. They include rare species of winter migrant birds such as Crab-plovers.

Ang-Thong is an endemic orchid species, which is native to Thailand where it grows along the coast of Mu Ko Ang Thong. It is found in cavities of rocks and on the ground on Ko Wua Talap, Ko Sam Sao and Ko Phi. Its flower stands erect with hair cream white dotted brown-purple with a green stalk.

Malaysia Tourism Travel Mart back in 2020