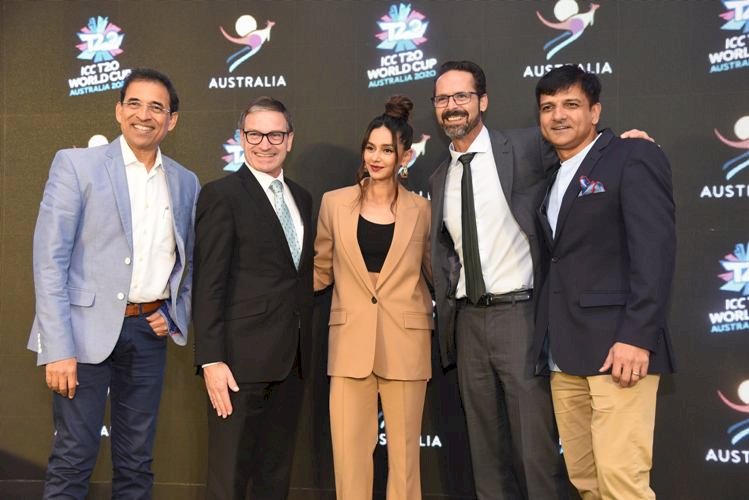 Australia, host nation of the ICC T20 World Cups, has unveiled its latest Tourism Campaign focused in India. Tourism Australia’s call to ‘Experience the game and beyond’ is targeted at passionate Indian cricket fans offering them a combined experience of world-class cricket and an unparalleled holiday experience. The core  idea of  the campaign is to draw synergies between India’s most loved sport and  signature Australian experience that define the legendary ‘Australian way of Life’, which includes food and drinks, nature and wildlife, and aquatic  and coastal experiences.

Brent Anderson, Regional General Manager, South and South East Asia, Tourism Australia said, “Australia and India have a strong bond through their shared love for cricket. While we have been witnessing impressive growth in terms of visitors and spend from India, the upcoming T20 World Cup provides us with a massive opportunity to take this to the next level. We look forward to welcoming our guests from India for an unforgettable cricket experience at our iconic stadiums and also giving them a flavor of our truly distinct way of life. As part of our plan to make this one of the largest sporting spectacles in the world, a range of offerings and packages are being introduced for travelers from India in partnership with the ICC, Official Ticketing Agents ad our Key Distribution Partners.”

The entire campaign will run across three stages, namely, Awareness, Consideration and Booking that is eventually intended to drive visitation to Australia during 2020 and beyond. A mix of search, display, and video, social, native, programmatic and content will be a part of the digital campaign. Content partnership with broadcast and OTT platforms will also be leveraged as part of the campaign to showcase the destination through iconic cricketers from both countries like India’s Mithali Raj and Australia’s Brett Lee. The campaign will be amplified during the Australia tour of India in 2020 and the Australian Open 2020, as well as through public relations and international media hosting programs that will see influencers from different fields have a first-hand experience of the game and beyond.

Australia’s Ministry of Tourism, Senator the Hon Simon Birmingham recently announced additional funding of A$ 5 million for Tourism Australia to promote the upcoming ICC T20 Cricket World Cup to fans in India, with the aim  of driving visitation to  both the women’s and men’s tournaments as well as increasing Australia’s broader destination appeal in India.

The women’s tournament will kick off on 21st February 2020 when Australia take on India at Sydney Showground Stadium, with the final to be held on 8th March 2020 – International Women’s Day – at the Melbourne Cricket Ground. The women’s tournament presents an unparalleled opportunity to raise the profile of women’s  sport as endorsed by ICC’s vision to set a new world record for the highest attendance at a women’s sporting fixture at the finals of the T20 World Cup. The men’s tournament  will run from 18th October 2020 to 15th November 2020 with the 45 matches expected to  be  broadcast to two  billion people.

Nick Hockley, Chief Executive Officer, ICC T20 World Cup 2020, said “The ICC T20 World Cup is Australia’s next major sporting event. We look forward to welcoming fans from around the world for two spectacular T20 World Cups in 2020, with 68 matches spread across eight Australian Host Cities and 13 venues. Thank you to the Australian Government for their strong support and congratulations to Tourism Australia for producing a terrific campaign. We encourage fans to book early and plan a great experience in Australia for the T20 World Cup in 2020!”

The Two tournaments will be contested across eight host cities are Adelaide, Brisbane, Canberra, Geelong, Hobart, Melbourne, Perth and Sydney.

5 Reasons - Why Cruising will be a SAFE option as TRAVEL...